Usage Based Billing–Cutting the Cord

Recent changes to how ISP resellers are charged for their use of the connections to Bell and Rogers’ infrastructure, have left a bad taste in the mouth of heavy users. But let us first explain what a heavy user really is.

– During the month of November I watched all my TV through legal sources online. Including the web sites of CTV, Global, CBC and Hulu. All web shows were watched either on YouTube or by an iTunes download. I would say I am a mild user. I watch and listen to about 15 podcasts a month, some are weekly some are monthly. I watch about an hour or 2 of web TV a night, normally the news and what ever primetime show I am interested in. I should mention that during this month we have a Roger’s connection on their Express 10 Mbps, 60GB, which cost a whopping $46.99 plus tax. There are 3 people that share this connection, 1 was away the whole month, and the other the computer was not working, so it was just my use. During this month there was the usual software updates, web browsing and document backups to a cloud storage. Can someone guess what the usage came to? Well it was over 100GB. Which meant we were forced to pay an additional fee of $50 for exceeding our allowed usage. The best part of this, we cannot upgrade to the larger packages as the service is not available in our area.

I know you are asking why did I go into what the cost of cable is and what the cost of internet is. Well the reason is, that was based on one user. When all three users are using the internet we easily go over 400GB of traffic a month. Now we do use the internet for uploading and do allot of work on cloud sites. But honestly we are only ahead of the curve because of who we are, this type of usage is going to become normal for all users in a few years.

So where am I going with this? Well because of the CRTC ruling; ISPs’ like TekSavvy had to change their pricing scheme to just remain in business.

Take a look at the table to the left. A service plan which used to offer 200 GB of usage for $31.95 a month has now be crippled to 25 GB, at no price reduction. A 87.5% reduction resulted in no price increase. Actually if you were going to continuing using 200GB you would have to buy the highest possible insurance policy (that is right they are calling them insurance policies) for an additional $55. So a bill which used to cost you $31.95 in February, come March will now cost you $86.95. And that is if you pre purchase the insurance policy, if you do not it will cost you $1.90 per GB, so that would be; again using the 200 GB scenario a total bill of $364.45 for one month of usage.

So at what point do we all stand up and say that an internet connection is an essential service and that the rates need to be monitored? I think that time has come.

I understand that Canada is an unique situation as the land mass makes it very difficult for national ISPs’ to deploy effective coverage and still charge reasonable rates. But with all the grants, one time federal expenditures, and cost sharing between carriers. The cost is not what Bell and Rogers are telling you.

Bell explains that they require to charge higher rates to their resellers’ because of congestion on the network. But what they do not explain to you that resellers’ only use one part of Bell’s infrastructure and then they made their own peering agreements with backhaul providers. So that point is mute.

Everyone should read and sign this petition if you think that UBB – Usage Based Billing is a bad idea.

On the most recent This Week in Tech their first news article was about the ad that was broadcasted in New York cities Time-Square. Scroll down to see video. This video was created by the Consumer Watchdog (click to read their article) to try and get the public to understand the power that Google currently has over your info.  But really only a select few will actually understand this video. Not too many people know the name Eric Schmidt and even fewer know that he is one of the CEOs of Google. So how effective is this video if your audience has no clue what is going on.

If you dig deeper into this, you might be able to make the conclusion that this is just a retaliation for something Google did to the Consumer Watchdog back in  February 2009. Read this article from Cad Metz titled Google seeks starvation of growling watchdog (semi-)apology for money-snuffing missive.

Did you read that quote carefully, I hope you did cause it just shows how much the Consumer Watchdog does not understand about the internet. First they want a anonymous button. Well in any modern browser there is a feature to switch to a browsing form that that your info is not tracked. Ban the collection of data from youths, well to be able to this, wouldn’t you need to have information on every single user on the internet and need to know when each user under 18 is using the internet, which in turn breaks the actual ban. Prevent online companies from collecting without your knowledge, if you read any websites Privacy Policy you will see that it does tell you what it is collecting and why. And the last one well that is just another data collection database so breaks the same rule they are trying to ban.

Some times I just do not get how some of the smartest people are the dumbest when it comes to thinking through their ideas. Unless they have an alternative  reason to ban and collect your data.

What do you think?

Apple v. RIM–Blackberry does not need a Bumper

With all the reports lately of Apple’s Antennagate, there have been videos floating around showing that all phones suffer from this apparent death grip attenuation.

To try and deflect the attention that the new iPhone 4 has been receiving for its poor signal quality Apple posted video that it claims show the problem happening on other devices. So I was shocked to see that the Blackberry Bold 9700 was one of them. I have had this phone since the first week it came out, and aside from the abysmal service in the Cornwall, ON area I have not had a problem with this phone.

I followed that same steps that Apple takes in their videos. Step one 1 show the phone normally with a light grip. Then step 2 show it with a death grip. AS you can see in my video the phone does not even loose a bar the whole time.

But let us get back to the main topic. It should not matter how many bars you have, as long as the phone can compete a connection to a tower it will hold the connection; unless there is actually a problem with the phone or tower. I have been in many areas that I get 1 bar and the phone still can make calls and receive email. Give a listen to This Week in Tech or Macbreak Weekly and you’ll hear that the problem is not the dropped bars but the dropped calls. If you cannot make a clear call and keep it then the phone has greater problems then a mathematic formula shown bars.

Only in Canada: Harper’s prorogation is a Canadian thing

via Only in Canada: Harper’s prorogation is a Canadian thing. 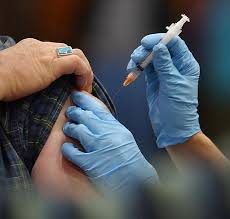 So everyone knows I am not much of a fan when it comes to the Alberta Conservative Party, but this time I thinks others are going to be on my side.

Last year, MLAâ€™s approved themselves a wage increase of 30%, something no one in the public would ever see from their employer. But now since Stelmach and his government were not able to keep a balanced budget even when the money still flows, they have come up with the brilliant idea that there should be a two year freeze on all wages.

Now I have lived in Alberta and know that it is very expensive, cost of living is through the roof, when a simple duplex home will cost you over 350,000 which is way outside the means of first time home buyer, how is the general public supposed to take the announcement that their provincial government believes that they should actually loose money over the next two years because of the economic slow down.

What you must understand if you do not receive at least a pay increase equal to inflation you will earn less money the next year. For employers that do not provide raises based on at least inflation; you should be ashamed of yourselves.

The moral of the story is Stelmach is incompetent everyone knows this, the problem lies with the fact that there is no other other, the other parties just donâ€™t have the make up to run the province, not that I am saying that the Conservatives do because they have done more harm to that province than good.

What are you Watching?

So I donâ€™t watch TV, but I do watch Video Podcast and listen to Audio Podcast. I am wondering what everyone else is watching and listening to. I have compiled a list of all the feeds I subscribe to, add your list in the comments.

I was so excited when I got my invite to only find when I click activate I get this.